HIDE
Update Required To play the media you will need to either update your browser to a recent version or update your Flash plugin.

Beverley is an experienced singer, former professional dancer & trained actress, with a wealth of experience in Theatre, T.V; Radio & Cabaret. During her career, she has worked with many big bands & was also part of a 3-girl vocal act, the first in the country to bring back Forties Big Band Swing music !

The act worked the top venues in the U.K & abroad - The London Palladium, The London Savoy, many major Corporate Events, U.K Tour with Gene Pitney & even Basil Brush, 5 Star Theatre Restaurants in Switzerland, Norway & Portugal, to name but a few. 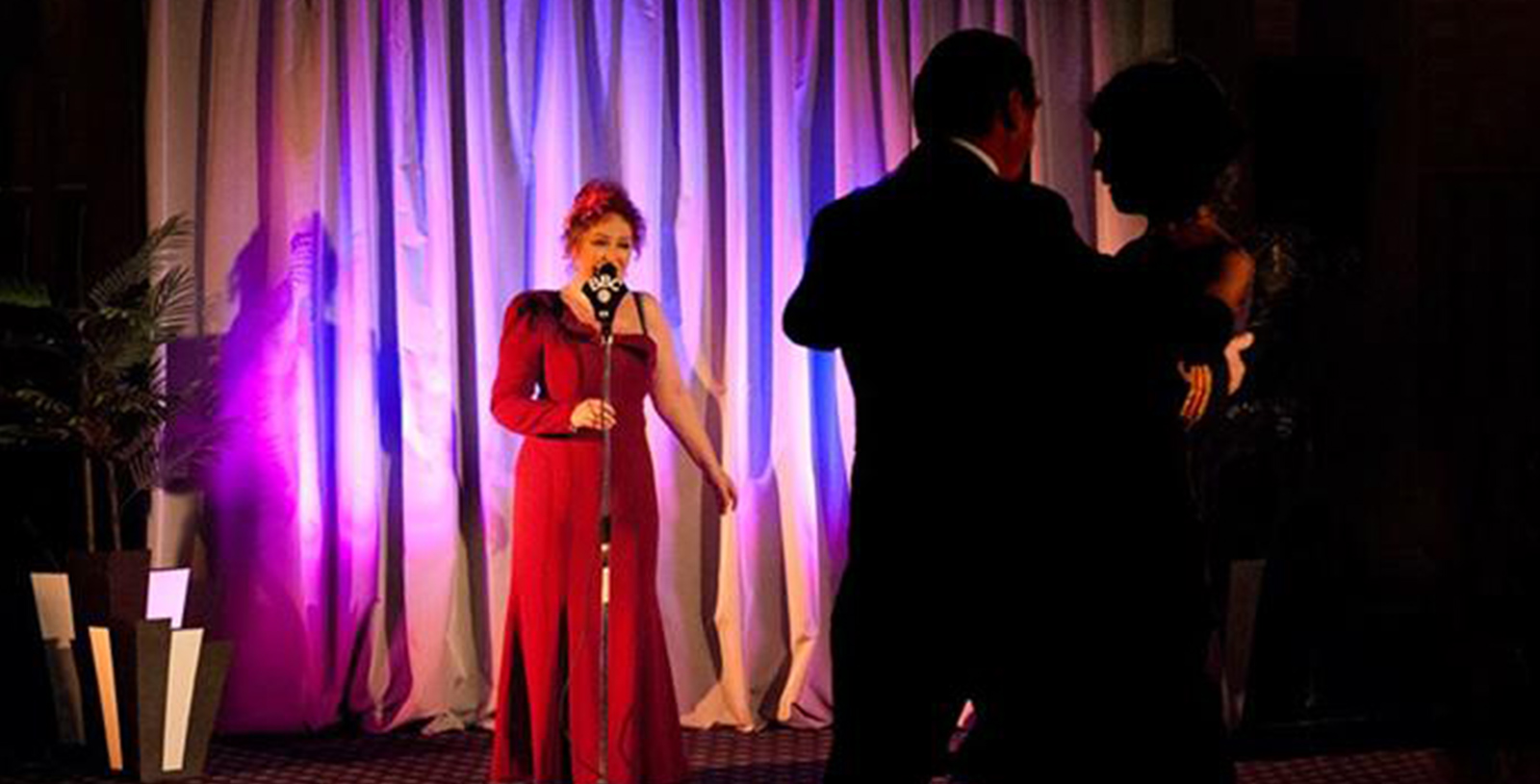 The 40’s Tribute, Big Band Swing, has always featured in countless cabaret performances, plus the Swing Big Band era of music, was played in Beverley’s own programme, during the couple of years’ working as a Radio Presenter ! Having always loved the 40’s singers & the Big Band Swing sound, Beverley created her alter ego, ‘Lilli de Carlo’ - The 40’s Tribute Singer !

Focused on providing high quality entertainment, her mesmerising voice & captivating personality, has brought many accolades, Beverley has been heralded as one of the top singers in the UK. Constantly complimented & requested for encores, whether Swing or the gentle ambience of Dinner Jazz or as 'Lilli De Carlo' with 1940s favourites, Beverley is guaranteed to have an audience foot-tapping, dancing & singing along, to her wonderful 1940s tribute, Big Band sound of Glenn Miller, Tommy Dorsey, or the romance of Gershwin, Cole Porter & many more greats of various eras

As an International artiste, Beverley has worked at :-

N.B; All Cabaret/Theatres/Venues listed, have been professional bookings, including The Stage Reviews.

"Essentially, this is one of those rare acts, whose appeal is based on more than passing fancy, for it's professionalism, is interesting to watch & one suspects, will be around when most others of it's kind, have been forgotten."
The Stage

"On the live stage, I was mesmerised by Lilli de Carlo singing, what a lovely voice, she would be great to hire for a ‘first dance’ - any weddings coming up ? Check out her website & hire her, you will step back in time I promise you."
Festival of Vintage, York

"You are an Angel and you have a Wonderful Voice. I have Visited the WarTime event on a few occasions.﻿ Like Singers of the Silver Screen and those who Lit up a Warming Light during the Dark Days of War, You Have that Voice, so Give Pickering a Great Show, Enjoy."
Ron Everett, October 2012 independent filmmaker & photographer

Beverley makes the planning of your event run smoothly from start to finish, by working with you for your requirements, ensuring your occasion is a wonderful experience & one to remember for all the right reasons! Be transported back to the era of marvellous music by a vibrant 1940’s Tribute Singer, with a great voice.